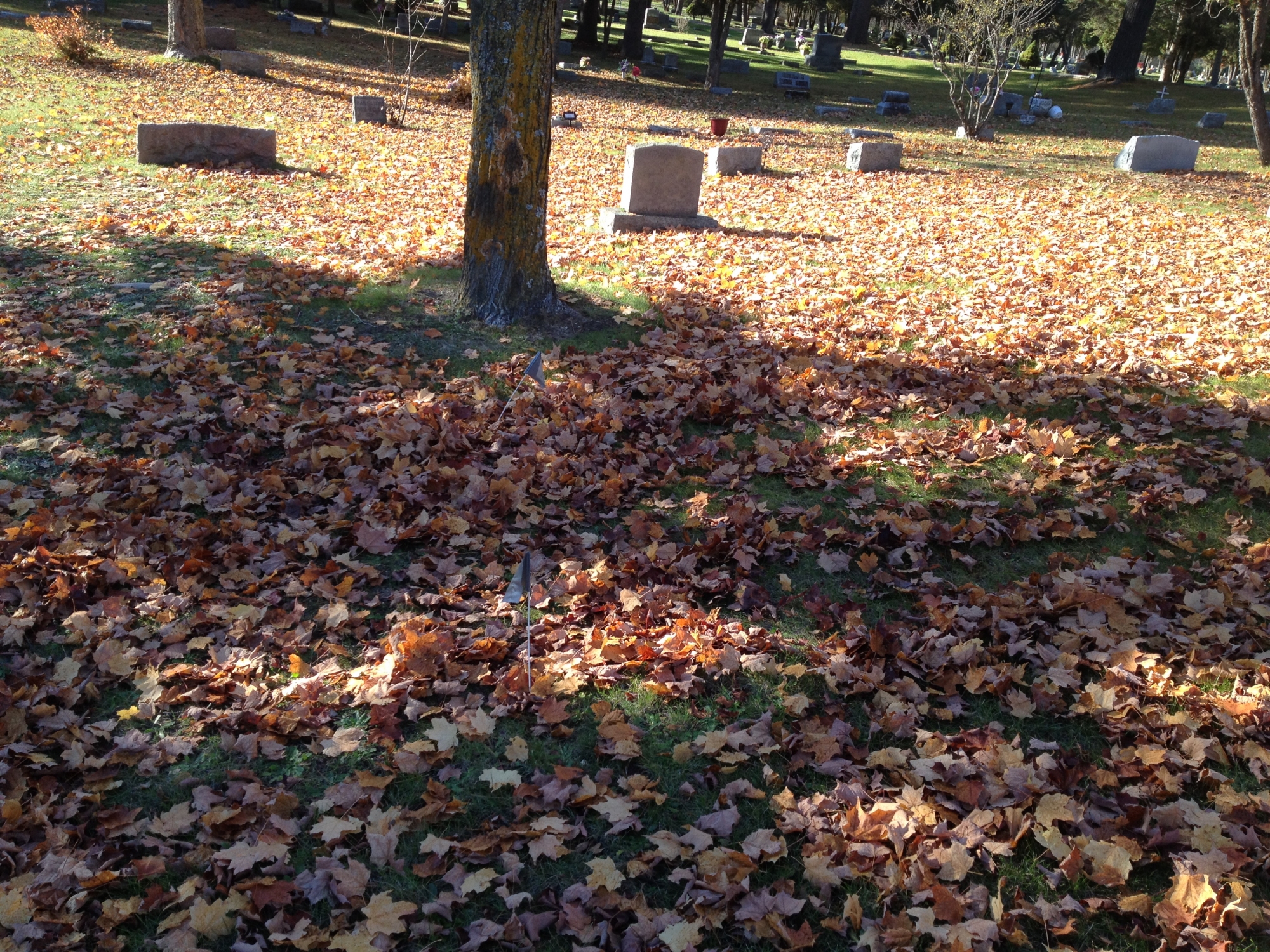 The City of East Jordan had anecdotal information of at least one unmarked grave near Sunset Hill Cemetery. Curious, City officials asked Gosling Czubak to investigate using Ground Penetrating Radar (GPR). The investigation not only confirmed the location of the suspected grave, but discovered many other possible graves in the vicinity. This discovery has re-energized local historians to investigate the nature and identity of these remains - thought to be from the late 1800's lumbering era.

After gathering GPR data by traversing a 2' x 2' grid, Gosling Czubak scientists processed the data to generate a 3D image and video. The cross section is taken at approximately 6' deep. The green and white areas indicate a radar reflection consistent with the suspected grave site(s).

The investigation grid was marked on the surface so that information from the computer simulation can be located on the ground, should officials want to investigate further (note the depression in the ground of the suspected grave site).