A Tale of Two Technologies 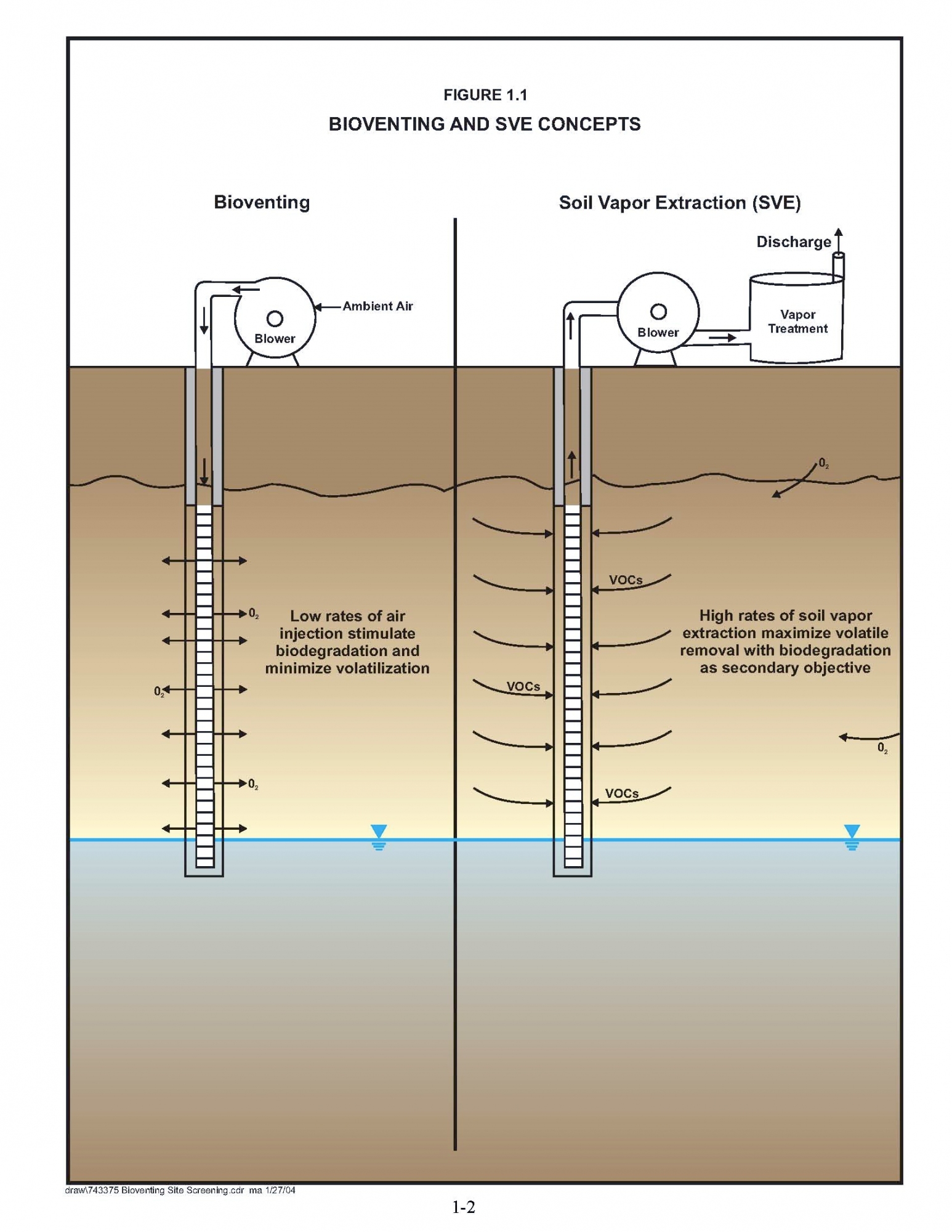 Petroleum-based spills are the most typical among all contaminants, and are a common occurance at oil and natural gas production sites. Whether oil, gasoline or other derived product, most of them have one thing in common - they can be relatively easy to remediate over time.

Spills are often remediated, or cleaned up, using soil vapor extraction (SVE). SVE is an in-situ technology whereby the volatile and semi-volatile components of the petroleum-based hydrocarbons are drawn into extraction wells using a vacuum applied to the contaminated soils. Once removed from the extraction wells, the volatile vapors are treated and either released or discharged into permanent injection wells.

SVE is most effective on spills that occur in the layer of soil between the earth's surface and the water table, also known as the vadose zone. Contaminants like gasoline and volatilize quickly respond very well to SVE in the vadose zone. SVE is usually used in conjunction with other remedial technologies.

On the other hand, heavier, less volatile contaminants respond better to the microbiological activity in bioventing. A hybrid of technology and Mother Nature, bioventing relies primarily on bacterial activity in the soil and is enhanced by injecting air into the contaminated soil.

Aerobic bacteria that live in the soil will consume hydrocarbons when conditions like moisture, pH, and temperature are right. However, when available oxygen is depleted by the bacteria feeding on the hydrocarbons, the process slows and halts as the bacteria die from lack of oxygen. The U.S. EPA suggests that approximately 3-3.5 pounds of oxygen are required to degrade one pound of petroleum product. This air can be introduced using biovent wells with the added benefit that there is no volatized gas to treat or dipose of; the only byproducts are carbon and water.

The success of bioventing hinges on supplying enough oxygen to enhance and sustain the bacterial activity. Bioventing will address both volatile and semi-volatile constituents.

Factors to Consider in Choosing a Technology

How do you know which type of technology is most appropriate in any case? Consider the remoteness of the spill site, location of the spill on site (under pipe racks/buildings, for example), type of soils (sand vs. clay), and depth of impact (volume of soil), and budgetary issues.

Let's consider an example where a release of hydrocarbons occurred and covered 30 feet of sandy soil column. The initial cost of the bioventing system is relatively low, consisting only of a low-pressure blower with a one to three-horsepower motor and biovent well installations. The biovent system would have limited electrical costs due to its motor size, less O&M costs (monthly visits), and no emission tracking requirements. The SVE system would likely require a larger electrical motor and thus higher electrical costs, higher O&M costs (weekly visits) to adjust a catalytic oxidizer, check for carbon breakthrough and track air emissions. Should the bacteria take longer than expected to do its job, the incremental cost to extend bioventing is nominal compared to the operation and maintenance of an SVE system.

Not all contaminated sites offer the opportunity to utilize bioventing technology, but if a spill ocurs and the conditions are appropriate, bioventing should be considered to realize considerable savings in cleanup costs.

SVE and bioventing are certainly not the only remediation technologies. Keep an eye out for more in Part II of this series. Follow us on Facebook or sign up for our newsletter!