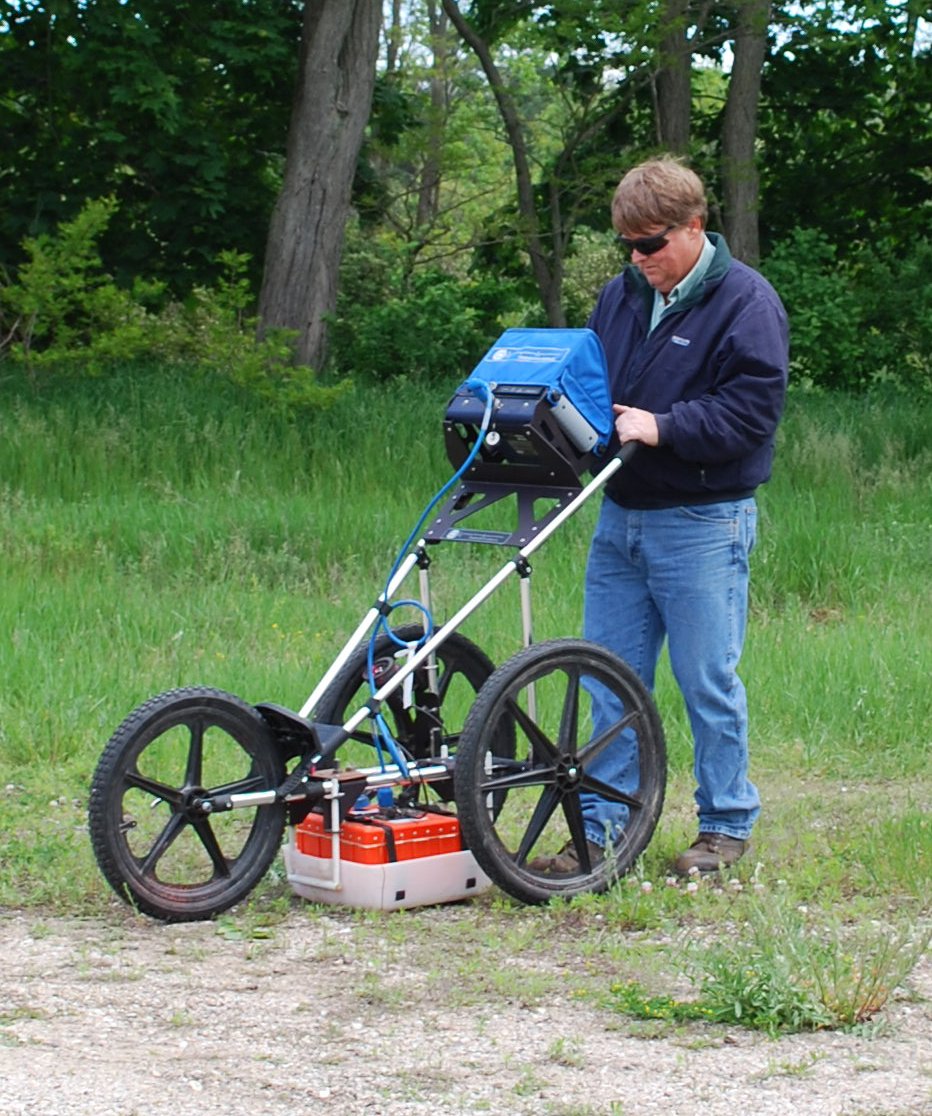 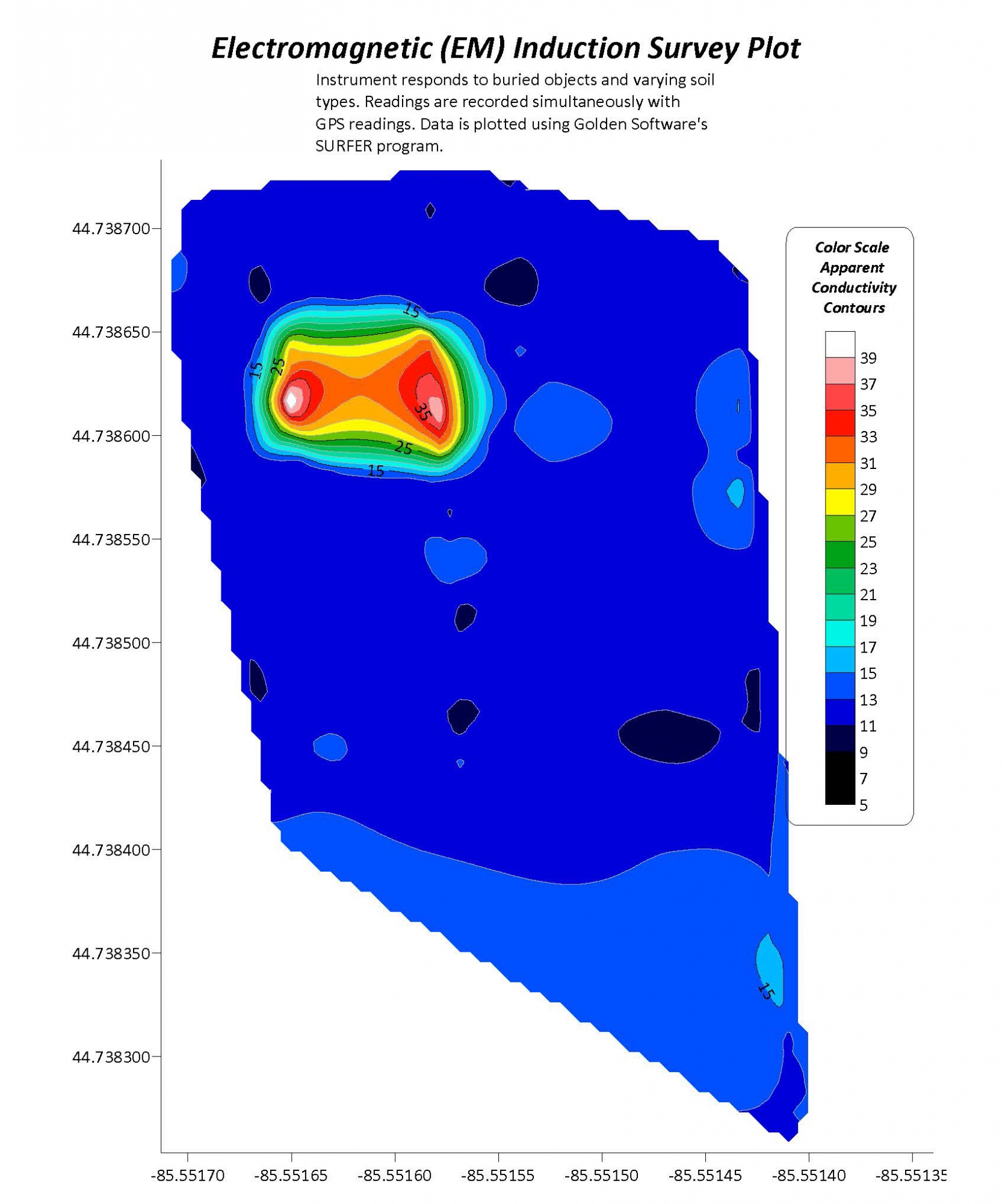 Two prominent technologies for subsurface investigation are Electromagnatic Induction (EM) and Ground Penetrating Radar (GPR). Read on to learn more, including which might be best for your project.

Electromagnetic Induction (EM) Surveys are utilized in many different near-surface applications, including geologic, engineering and environmental investigations. These surveys have been used for mapping shallow soils, soil salinity mapping, shallow groundwater investigations, and the detection and delineation of waste pits or lagoons and associated subsurface contamination from acids, salts or volatile organic contaminants.

The most obvious advantage of EM surveys is the portability and lightweight nature of the instruments, which can be used on a much more wide variety of terrain than GPR instruments. Also, integration with a GPS device records location simaultaneously with the instrument readings. This allows data to be collected quickly and easily mapped without needing a preliminary grid pattern, which is required with GPR.

Alternately, GPR is a cost-effective and easily deployed method of accurately locating subsurface objects composed of concrete, metal, steel or plastic. Its capabilitity in locating underground structures is not limited to only metallic objects.

Both EM and GPR surveys have risen in use over the last several years, primarily as means of non-destructive subsurface sensing technology. Our staff is trained in both technologies, and would be happy to assist you in determining the most appropriate for your project, considering the limitations of site conditions and budget. Contact Jeff Simsa, C.P.G. to learn more.