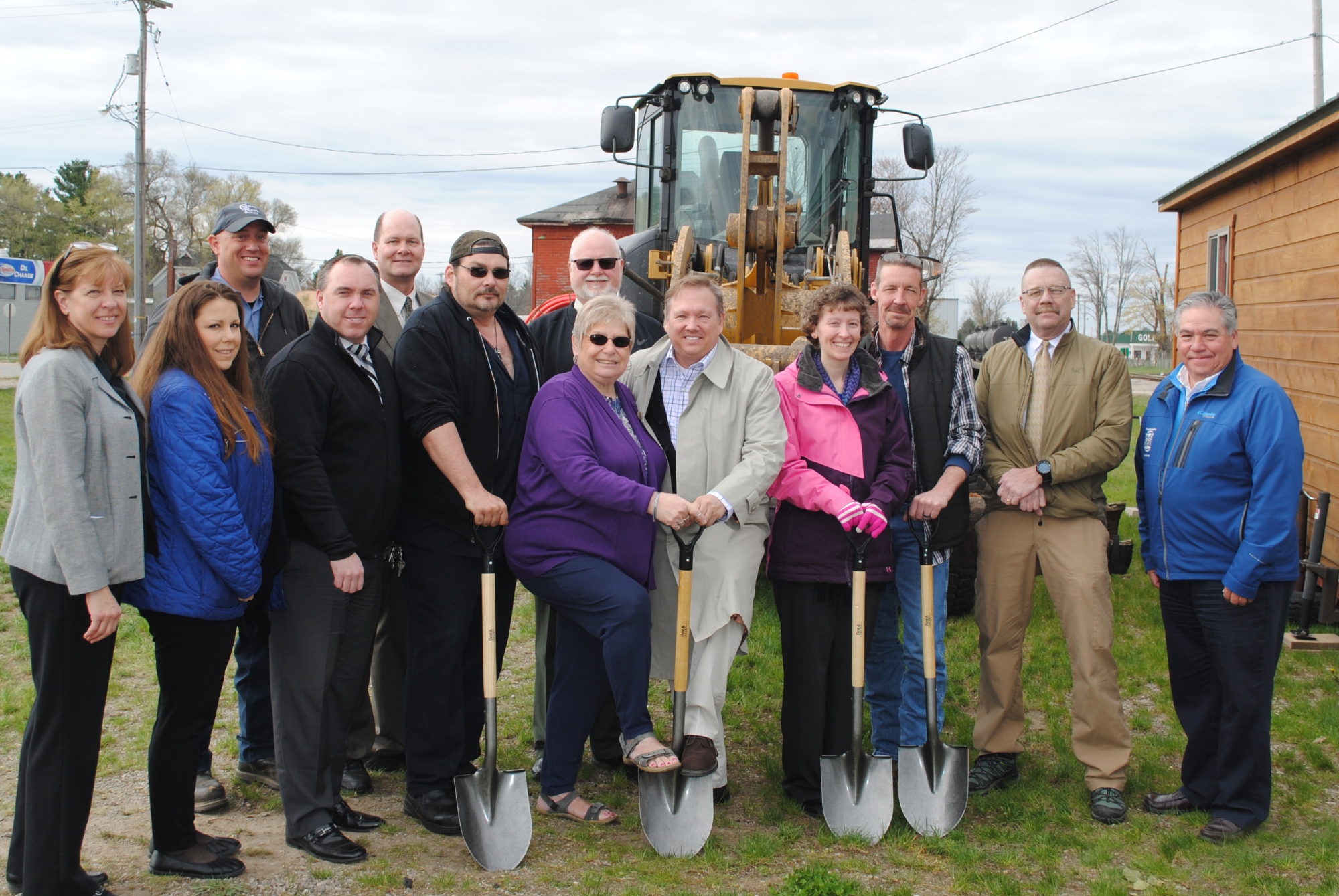 Congratulations to the Village of Kalkaska, who held a groundbreaking ceremony for construction of improvements to the Village’s water and sewer systems on Wednesday, May 10, 2017 in downtown Kalkaska. The event was well attended by Village officials, local business owners, and state and federal political representatives.

Site work began on April 18 and the improvements are expected to be complete and operational in October. Construction will be completed by these contractors: Sterling Excavation, Team Elmers, FHC, and Etna Supply.

The projects are being funded by loans from the USDA Rural Development and local municipal funds.